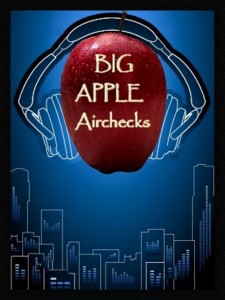 “The whole reason they never put escalators in apartment buildings...!

We originally posted this on 11.04.2010 after receiving it on cassette. A great dub of decent quality from the master tape still held at Big Apple Airchecks. 99X was probably at the peak of it’s success as WXLO. Lee Roberts would later go on to work with yet another New York legend (he didn’t know it yet), “Broadway” Bill Lee, at Mike Josephs’ “Hot Hits” Top 40 formatted 96 TIC-FM Hartford after 99X

This is two different airchecks, one just before Christmas 1977, and the other just a week before Valentines Day 1978. At the time, I believe, Roberts was on WAVZ New Haven, and 99X weekends. Truly living the radio dream!

Here are some other Airchecks featuring Lee Roberts that you may enjoy: