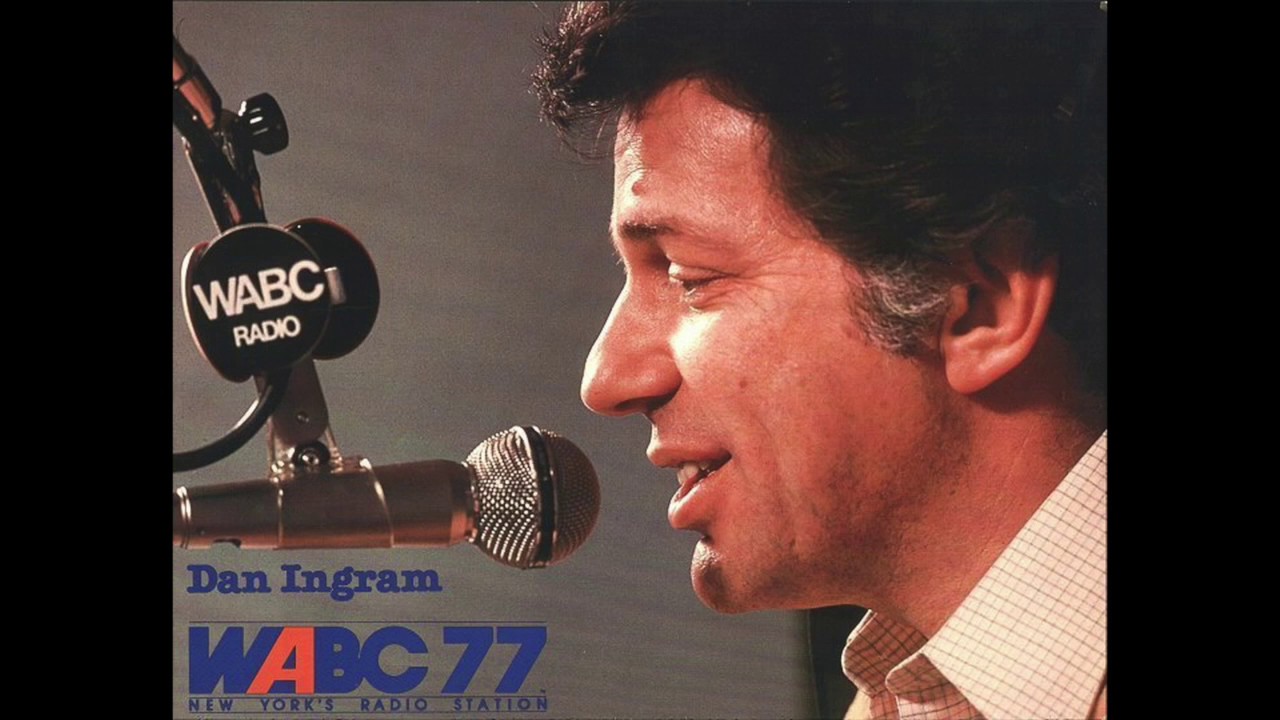 What follows is probably the most depressing, eye opening piece of audio which goes far towards explaining part of the reason why WABC needed to change formats to talk little more than a year after this aircheck was recorded.

Truly, this is as boring as radio ever got in the world of pop music, and it’s hard for me to comprehend that just a bit more than a year earlier, WABC was still an uptempo, Rockin’ Top 40 station with its great JAM jingles and reverb turned up nice and loud! You’ll hear NONE of that on this tape. The music is all slow ballads, save for the first song. The station’s processing is flat; the reverb is gone and with it, much of the legacy of WABC radio. And aside from Dan Ingram’s opening jingle, there are NO jingles for WABC whatsoever!

Ordinarily, it’s easy to blame the jock on duty. Or the board operator. Middle management, upper management or some one person – and perhaps for a big classic Top 40 radio fan like myself, it’s easy to throw darts at then PD Al Brady Law. But this has to be taken into the larger context of FM radio making big inroads into the mainstream radio audience in New York City in 1981. The shock to ABC corporate at WABC radio being bumped from the number one position the station had occupied in the ratings since 1965 by an FM disco station in the Fall 1979 book (92 KTU) had corporate in a panic. Changes were made because Al Brady was told they had to be made, although it was Brady’s decision as to where to take the station. Dan Ingram can hardly be blamed for any of the audience evaporation, his show maintained good numbers, especially here where they returned him to afternoons where he belonged. Big Dan can be heard really trying to drop in one liners and all the things that he had been doing that kept that phenomenal audience for decades… but even here you can tell, Dan Ingram is feeling awkward without the jingles and reverb. His timing is still there but his voice is rather subdued and that’s probably him trying to compensate for all the slow music.

**Be sure to check out our official AIRCHEXX CLASSIC RADIO Channel on YouTube!**

Looking back after all these years, we really can say, “what were they thinking?” After all, in Chicago, WLS‘ solution to the competition was to go in an AOR direction with the Top 40 formatics, and it worked so well, that WLS was able to maintain most of the audience and the format until 1986. One could say that should have been the  WABC direction… yet I’ve heard it said that there’s no way Rock leaning Top 40 would have made it on WABC, because New York City is, musically and was even by 1981, an R&B and Rhythmic town… and the Big Apple had big FM AOR stations that were long established with the Rock audience… some say WABC would have been buried had they gone in that direction. Yet I strongly disagree. WNBC did, just that, and for a time in 1983 before Z100 launched, WNBC had the #1 night show and overall #2 radio station in NYC, playing a Rock leaning Adult Top 40 format! For me, I say, ANYTHING would have sounded better than this sleepy, flat and boring format WABC had morphed into by the time of this aircheck. Although, even by this time, nights were all sports. WABC had secured the rights to NY Yankees baseball which was just underway by the time of this recording.

I say all of this, to prepare you, the listener, for the most boring, yet historically interesting aircheck you’ve heard in a long time. Dan Ingram is STILL Big Dan and he’s just as funny! Its everything around him that makes one want to put their head through a plate glass window (haha)

This digitized tape is literally as bad as the format it showcases. Obviously the oxide is largely worn off the tape and even with properly aligned play heads, the whole aircheck sounds somewhat muffled. It’s not as bad as some of our early tapes, but the only reason this is getting posted is for this programming history lesson it provides. As for the length of this aircheck, this is NOT the full two sided cassette. About 3/4ths of it, but the last quarter of the aircheck I left out, because it’s mostly commercials and even worse slow music than what you hear in this sample. Musically, for WABC, the only way it coulda gotten worse was if they were playing Mitch Miller singalongs – and I supposed had they not flipped to TalkRadio in 1982, they just might have gone all Big Band, since the nostalgia format was still gaining traction around this time! The aircheck is tightly scoped to comply with copyright law (sigh), and this is so lousy a recording, you’ll want to hear it just to see if its really as bad as I described!