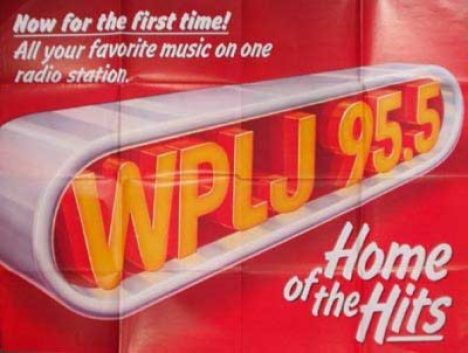 In early 1983, longtime Rock stalwart, 95.5 WPLJ, began a slow transition from Album Oriented Rock station to a Top 40/Contemporary Hit Radio format. When word started spreading around the market that a Top 40 format was coming to 100.3 WVNJ-FM in New Jersey, WPLJ decided to move further in a CHR direction. Though the station began playing Pop artists like Lionel Richie,  and Michael Jackson, WPLJ Program Director Larry Berger, said he did not make the decision to move to a CHR format until the last week of June 1983. By this point, WPLJ played predominantly Rock artists and new wave rock cuts, and mixed in two or three rhythmic pop artists like Irene Cara, Culture Club, & Donna Summer. Larry Berger hosted a weekly talk show called “Lets Hear It,” where he would talk to the audience and get a feel for what they were thinking about the station.  In July 1983 Larry discussed the musical changes on his call-in show, to the disapproving rock audience. Most of WPLJ’s airstaff, stayed on WPLJ during the transition months, but gradually WNEW-FM & then WXRK picked up some of the station’s most popular personalities such as Carol Miller, Jimmy Fink, Tony Pigg, and Marc Coppola. By late summer 1983, WPLJ identified themselves as “The Home of the Hits”  Briefly, WPLJ used “Musicradio PLJ,” a throwback to the when their AM was market leader “Musicradio 77 WABC.” By 1984 it was “Hitradio 95” & just a short time later the station became known on-air as “Power 95”. This aircheck with Dave Charity, is from July 1983, when WPLJ was adding more Top 40 cuts to the Rock music, but the station still had an AOR presentation.