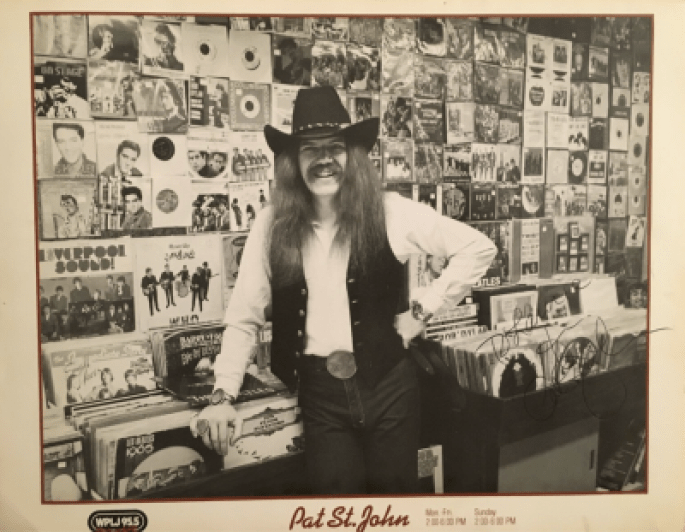 Pat St. John was a New York City radio fixture for 42 years. on the air with WNEW-FM, WAXQ and WCBS-FM, and for many, they remember him best for his days at WPLJ. He was a teenager when he started in radio, at small stations around his native Detroit. His first shift in New York on WPLJ was on April 9, 1973. Pat was 22 at the time, and he stayed the station for 15 years. For most of his years at WPLJ he was one of the most listened to afternoon radio personality in New York. Pat was known for his conversational on-air style interspersed with bits of music trivia. He has been called a “walking encyclopedia” when it comes to his knowledge of music. in 1983, survived the station’s transition from Album Rock, to Top 40. He left WPLJ in 1987, and returned to his rock roots on WNEW-FM, which had been WPLJ‘s rival during its AOR years.

This aircheck is from his final few months on WPLJ Power 95 in the Summer of 1987, before making the jump to NEW-FM.