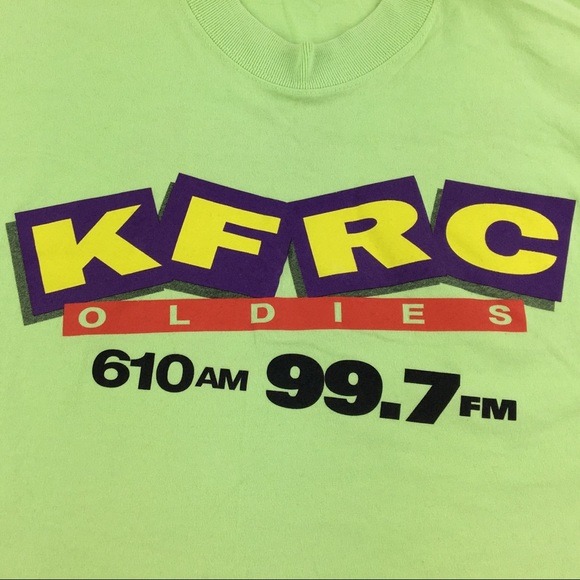 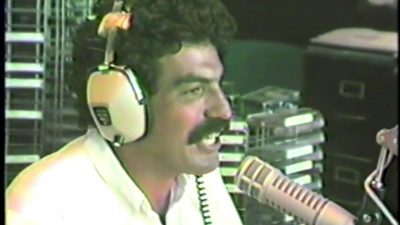 For fans of the Big 610, or KFRC in the 1970s & 80s, this will be a sort of shock if they’ve never heard the Oldies simulcast incarnation of KFRC AM/FM. It’s… different. Very much in-line with other traditional 60s & 70s era Oldies stations around the U.S. and Canada, this station tended to mimic the Bill Drake signature Top 40 sound of the 1960s, in this case as a remake of “The Big 610” 1960s-era format at KFRC (AM). According to sources, this simulcast period, from 1993 to 1995, when the AM side was sold to Family Radio. Oldies continued on FM until 2006.

With that history out of the way, here’s a description of the aircheck itself. Dean Stevens is filling in for the usual morning man, Gary Bryan. I thought Ron Parker and Cammy Blackstone had the morning show, but not according to this tape. The news guys is very prolific! And, I assume, was quite loved by all. J. Paul Epperson presents “THE GOOD STUFF”, as he calls his news/sports reports. And it’s awesome! Really stood out. Lynn Daily did KFRC traffic reports.

The fidelity on this is very good. Highs and lows are captured on tape, and this was pre-HD radio, so stations hadn’t messed with their good processing just yet. This was recorded from 99.7 FM, so there’s good stereo separation. The only problem, technically, that you’ll notice is a bit of tape hiss. The hiss increases a bit towards the end of this aircheck, yet, it sounds so good that many listeners will barely notice it. Others, audiophiles such as myself… it sticks out like a sore thumb. The aircheck is good enough though, that it really doesn’t matter.

Steven Green is a longtime contributor to these archives. He has been recording airchecks for several decades and frequently travels around the United States just to record radio stations! (See, he’s one of US!)
Green is slowly building his collection on archive.org, so, for more airchecks than what you see from him posted here, go there and search for Steven Green.
Steven Green lives with his wife in (the usually) warm state of Texas.