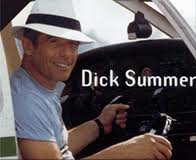 If you’re 90 years old this Spring and you’re getting married, I suggest you be very careful…

If you’ve never heard the beginnings of Freeform Album Rock, this will be quite a shock. There’s almost no trace of any real ‘hard’ rock here. Plenty of album cuts and one very familiar pop tune. Dick Summer talks between almost every record.

This features a full newscast from American FM Radio, ABC’s news network for it’s FM radio stations. This ‘cast is anchored by Bill Owen. It opens with a telling story of consideration being given to kicking Israel out of the U.N. for it’s attack on Beirut, Lebanon. The reporter is Peter Jennings. This should narrow the broadcast date down a bit.

I think there are many surprises here, considering just a couple of years later, this would be considered the hardest Rocking station in NYC.

There’s a bit of tape hiss, and a bit of added compression through a faux Orban processor to make this sound a lot better than it did. And don’t quit listening when you hear Airchexx and Big Apple Airchecks imaging in places here – it’s only added for security and our branding.

Other Dick Summer airchecks that you may enjoy: