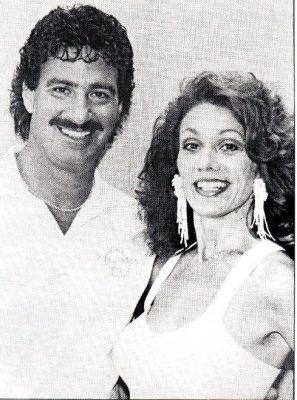 1490 WUSS, was an Urban formatted station in Atlantic City, NJ. I actually worked here early in my career, as did Cleo Rowe (WPLJ, WBLS). Steve Ross also worked at WUSS. Ross was a long time jock in Philly & South Jersey jock. He was on the first jock staff when WYSP in Philly flipped from beautiful music to Progressive Rock, and then he spent the next 50 years working around the Delaware Valley on WFIL, WIFI, WIBG, WWDB, WCAU, WXTU, WIP, WIOQ, WZZD, WNTP, & WPEN. Steve Ross had an idea for a morning show. He took the idea to WUSS, and they say yes. The idea was to do a show similar to The Howard Stern Show (the WNBC version). Steve got his friend, Helene Masiko, to join him, and they became, “Dude & Dudess.” Many said the show did not fit the R&B formatted station, but they plugged away, and the show started to get some traction. The show left WUSS after a year, but eventually wound up on WMGM-FM in Atlantic City, and for a while was a market leader. -Ellis