Sir Elton John apparently was an accomplished DJ among his other talents! At least, he was after this raunchy appearance on the Mighty X!

Its the Summer of 1975. “Don’t Go Breakin’ My Heart” and “Philadelphia Freedom” were a year away from becoming Elton John’s mega-hits. But with a slew of rock classics under his belt, the pianist was at the first pinnacle of his long career. WXLO New York was in many ways, at the top of its game.

Someone at RKO General thought it would be a good idea to bring in Elton John for an appearance on 99X. What follows is anything but a typical artist appearance. Elton John comes in for several hours on 99x, talks up records, takes listener phhone calls – you’d think he was an old pro. In reality, he had a lot of help.

This aircheck takes a bit to get into. While Lee Douglas handles the first half of this show, EJ shows up about mid way through the aircheck. But, it’s entertaining nonetheless. Definitely worth 3 of your quarter hours! 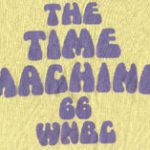 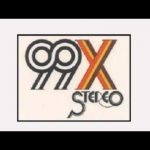