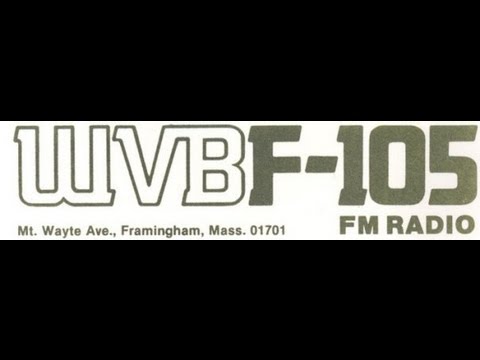 Frank Kingston Smith is well known in Boston, having appeared on nearly all the Top 40 stations at one time or another. He was a longtime personality on the Top 40 format at 68 WRKO (AM), first as Bobby Mitchell in the Drake era and later as himself. Smith was also heard for a little while on 98.5 when it was WROR after flipping to live (assist) AC from automated Oldies. In fact, he was WROR’s first morning man. Sandwiched in between WRKO and WROR was this awesome performance at WVBF F-105!.

You will be quick to notice that the WRKO format approach was very much a part of FKS’ delivery style. It worked and F-105 sounded fantastic. For a real blast from this time period, you just gotta listen to the Jo Jo Kincaid aircheck, posted link just below the play button.
I wish the news hadn’t been chopped out of this recording, but we get to hear SOME of Joe Giotta and his unique style of news delivery. Giotta has gone by different names in the business and his voice is so unique that when you hear it in any other role, you realize its the same person.

Here are some other Frank Kingston Smith and WVBF airchecks you may enjoy: