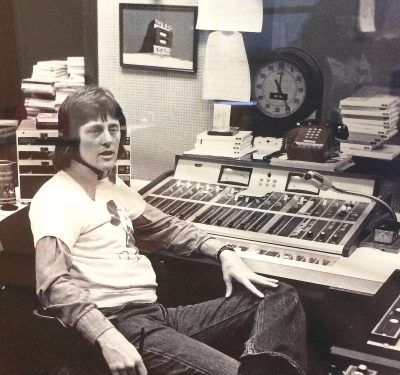 Gary Burbank was one of Cincinnati’s most beloved on-air personalities. But before he became a radio giant on WLW, Gary worked at some legendary stations on the way to Cincy. Burbank was one of the first white disc jockeys at Memphis’ groundbreaking R&B station, WDIA. In the late 60s, Gary landed a gig at WAKY in Louisville, where he started developing characters on his show. In his final show on WAKY, he faked his own assasination! Burbank then spent three years waking Detriot as morning host at CKLW Windsor. He returned to Louisville hosting afternoon drive on 84 WHAS before finally moving to WLW in Cincinnati in 1980. Burbank worked on air at WLW until his retirement in 2007. This aircheck features Gary Burbank on CKLW Windsor, Ontario, Serving Detroit from 1974 -Ellis