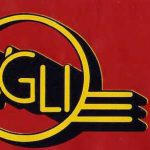 Its been a while since this tape contributed by Ira Warren Patasnik was sent in, but we here at Airchexx give everyone equal time.

This tape is very interesting. Burnie and Hamilton are playing music from the 50s and 60s. Lots of Motown music, many of the songs even I don’t recognize. But… not just 50s and 60s music, you’ll hear some 70s hits and even some then Currents (Steve Martin’s “King Tut” sounds conspicuously out of place) But… I like it! After a few decades of watching Oldies stations water down their playlists to only a few hundred of the most popular mainstream oldies hits, listening to this is truly like stepping back in time. Quite refreshing, actually.

Listen for a FULL Newscast from the ABC Network anchored by Don Ross at the 21 minute mark. A PSA for Savings Bonds read by President Ronald Reagan sounds GREAT!

One has to wonder if this was recorded from the board or directly off the transmitter. The audio quality is NOT the typical muddy AM sound heard on the average AM radio. Its also a nice plus.

WGLI here is the perfect example of a local station, serving its LOCAL community. It helps that the programming, right down to the music, is produced locally, with live DJs, apparently picking the music themselves. This station is not like anything you hear on your AM or FM dial today and thus has earned it’s place here at Airchexx.