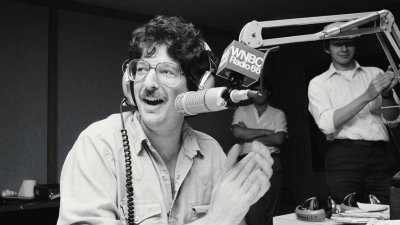 In 1983, WNBC was riding high in the ratings! Before Z100 arrived, it was the #1 contemporary music radio station in New York. WNBC’s format in the years 1983-1986 was one of the most entertaining and best all-around radio that was ever done in New York. Perhaps anywhere. You got music, information, laughter; WNBC IMHO, was at least as good in its own right, during these years, as WABC was in its heyday in the 1960s. This is what radio was SUPPOSED to be like, and NBC actually got it right! You had personalities like Soupy Sales, Alan Comes, Joey Reynolds, Wolfman Jack, and of course, Don Imus. However Howard Stern made a huge impact on the station during his three years on the air. The Stern Show was the place to go for outrageous humor, wacky characters, and the hits… when Howard felt like playing them! This 1983 aircheck features Howard’s early days in 1983, with his sidekick Robin Quivers, & Earth Dog Fred Norris. – Ellis