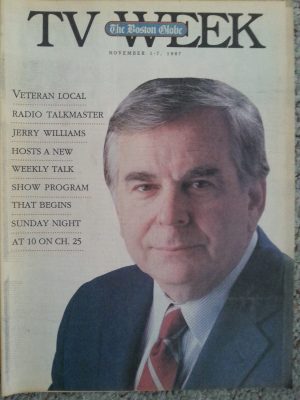 Something a bit different. An unscoped hour of a legendary talk show host, on a legendary station, 78 WBBM Chicago. Jerry Williams was one of the originators of the 2-way talk radio format. His radio career spanned more than 50 years, starting in 1946 as a small station in Bristol, VA. His talk radio career took him to many great station across the country, like  WIBG Philadelphia, WMEX in Boston and WBBM in Chicago. In 1968, he returned to Boston on WBZ for eight years. In 1976 he was on WMCA in New York, then back to Philadelphia on 96.5 WWDB, where he became the first FM radio talk host. He came back to Boston once again in 1981, on WRKO, where he remained until 1998. From 2002 to 2003, he hosted his final programs on WROL Boston. Williams founded the National Association of Radio Talk Show Hosts, and he was inducted into the National Radio Hall of Fame in 1996. Jerry Williams passed away shortly after his WROL job in 2003.

This aircheck features Jerry at WBBM in 1967, as well as starting with part of a local newscast, and a CBS Network newscast with CBS News legend, Dallas Townsend. 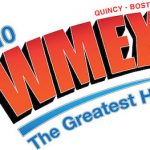 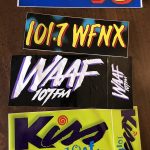