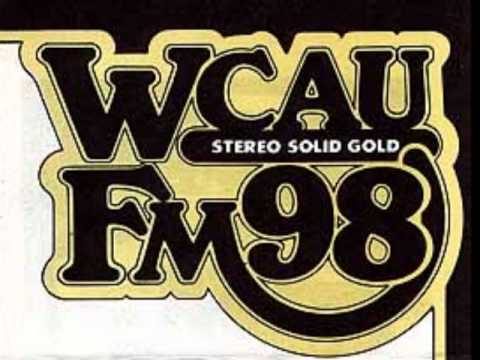 WCAU-FM was America’s pioneer all oldies radio station. In September of 1970,  WCAU-FM converted to oldies from CBS’s soft pop automated format, The Young Sound. The station was totally automated with the voice of Jim Nettleton intro’ing or backselling everything 24/7; in 1972, the station began it’s evolution to a totally live sound, by going live in drive times. Jim Nettleton returned to Philadelphia as Program Director and PM Drive, and Philly veteran jock Long John Wade did mornings. The station was so successful, CBS decided it would flip their New York outlet, WCBS-FM to a similar Oldies format almost two years after the format was launched in Philly. WCAU-FM continued to play oldies until the station decided to flip to Disco, as Facinating Rhythm 98, in late 1975. Here is a jingle montage of many of the jingles WCAU-FM played through it’s first round as an Oldies station. Many of these jingles were also heard on sister station, WCBS-FM.