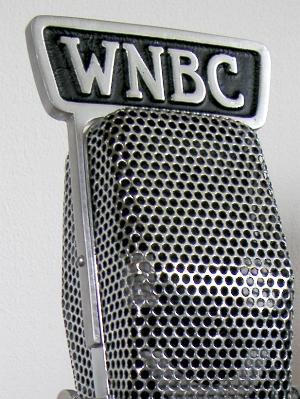 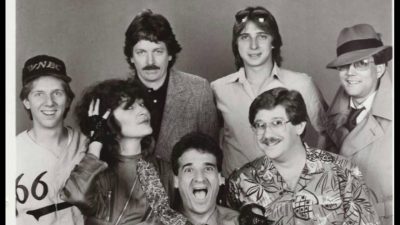 The Joey Reynolds Show on WNBC – A ton of laughs between every record!

This audio came in on an old generic brand C90 Cassette. Apparently transferred from the source reel, this took a bit of processing to bring back to life, speeding up the audio to what now sounds close to normal. Still, there are dropouts, and because this was recorded at night, there is the normal fading that occurs on the AM band after dark.

Despite white noise and tape hiss, this is unmistakably Joey Reynolds, filling in here for Wolfman Jack. Honestly, your webmaster didn’t know Reynolds had been at NBC prior to his Afternoon Drive show in 1985-86, but this is proof that he was indeed there, at least on a fill-in basis.

This aircheck reveals a few things about WNBC in ’74. First, this appears to be the most haphazard format I’ve heard – it’s no wonder WABC kicked their butts so badly during this time. Heller jingles, used infrequently and at odd places – at the jock’s discretion, apparently, and the oddest programming feature has to be the ending of newscasts – music just fades in towards the end of the news, without so much as the newscaster identifying himself, a jingle or any semblance of wrapping up the newscast. It’s odd, and sounds quite unprofessional, certainly not what you’d expect out of the “Flagship Station of the National Broadcasting Company”.

Joey Reynolds does entertain, however. This starts out with Reynolds’ trademarked theme song sung by Frankie Vallie and the Four Seasons. You’ll hear plenty of callers, some of whom remember Reynolds from WKBW Buffalo – and they do mention call letters on the air. In fact, Reynolds even mentions WMCA by calls and ‘the leftmost station to the right’. He even plays a Dan Ingram jingle!


This really is a great aircheck, if you can put up with the noise. But it IS AM Radio, after all. And all you have to do is listen!

WAIT! – Before you go…
Do you think you could spare a moment? Airchexx.com survives, literally, on the donations from people just like you. The ads you see take about 3 months to build up enough revenue just to get a small check. If you enjoy these archives, which so many out there do indeed rely upon, could you spare a little bit of cash? All of it goes to the hosting fees and miscellaneous costs of running this website. Thank you in advance.