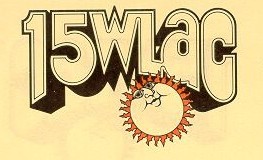 Its impossible to nail down the date of this classic original broadcast. Not sure when ‘Program 10’ aired, nor are we sure of how the numbering scheme worked. Perhaps someone out there knows. We’re re-releasing this post with a few enhancements.

Here’s one of the most unique shows ever aired on AM radio. John Richbourg’s Rhythm & Blues show on WLAC was something most fans of R&B remember, although outside of the south, I’m not sure what the ratings were… or even if ratings were available for ‘clear channel’ (frequency, not the company) stations with popular shows after dark.

At the time of this recording, WLAC was not your run-of-the-mill radio station. It ran lots of network programming and middle-of-the-road fare during the day and only at NIGHT did the station turn to a format which intentionally captured a predominantly minority audience. For the benefit of those not old enough to remember John R., or Hoss Allen, their programs on WLAC literally shaped an entire generation of black entertainers and listeners, and according to wikipedia, is partly responsible for the evolution of rock and roll’s emergence out of the blues from poverty stricken areas of the South. History does not adequately acknowledge the enormous contribution to modern R&B radio that this one nightly program lent to radio. One thing is certain: WLAC was to R&B what WSM was to Country Music.

Thanks to site friend Jack Parnell for this excellent recording. It’s a slice of history of great importance, and one you’ll find nowhere else. Thanks Jack! 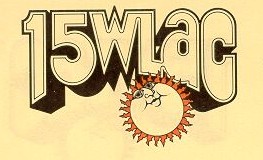