Country station WOGY – Froggy 94 – came along in 1993 after being several other formats since it first signed on as one of Sam Phillips’ radio stations in 1978. Froggy 94 lasted until the Summer of 2001 when it flipped to Modern AC as 94.1 The Buzz (WMBZ).

What’s the first thing you notice in this aircheck? That’s the question you can answer when submitting your comments (below).

A bit of background information on Jumpin’ Jack Flash. Every jock on the station had “frog” names. Hoppy Gilmore (Paul Hankins). Forrest Jump (PD Matt Albritton). Pollywog (Judy Shore) and Danger Frog (Jeremy Mulder) Then there was Jumpin’ Jack Flash. Another frog name, pretty cool one. I have to wonder who else got to use that name! JJ Flash was actually Steven Sawyer, or the air name he used at Memphis radio stations after Froggy – Steve West – your airchexx.com curator!

I was only on Froggy for a year and a half before the format change but I LOVED it! The guys (and girls) here were all like family. Even the management team. Joel Burke, the Operations Manager, who had a habit of opening the studio door in the middle of a break to tell the jock about something he didn’t like in the jock patter. Curt Petersen, the GM of Entercom Memphis whom we all met with at one time or another looking for a raise (and Paul Hankins could tell some serious stories!) Not to leave anyone out, but there was Dave Marsh (Marshall Stewart) who got the one frog pond name closest to a real name on staff! Off air, we had Tim Forrest handling production duties! Can’t remember our crusty old Engineer’s name but he was a good guy too!

PD Matt Albritton was THE BEST! I’ve worked for a lot of Program Directors over the years but Matt was a people person and he really did know how to coach talent. Usually in radio, a PD aircheck session can be nerve wracking but Matt made them tolerable, if not a friendly learning experience. Given the state of radio today, how many jocks get coached in aircheck sessions anymore? I’d say those are a MUST. The PD in me coming out here but… nevermind.

This aircheck is one from a Summer “All Request Weekend” as was typical every Summer in Froggyland. Lots of callers got on the air, listen for the “Longest Music Sweep In Memphis” – Another 12-in-a-row which was standard in the Froggy Country format.

I have left the commercials intact. Check out the old commercials and prices on cars, the artists playing at places like Sam’s Town Tunica, or on Beale St. Memphis radio at its best right here. Listen and enjoy! 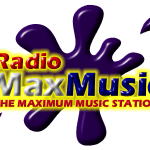