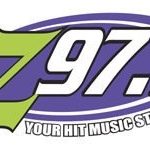 Moving right along on a typical frigid day at Killington (even for MARCH), here’s another of the dozens of KG tapes that Mr. Gilbert was so kind enough to contribute to our museum archives.

In 1995, WZRT was marketed toward a young adult audience, and it’s music (what you hear of it) here reflects that. Technically, Z-97 is CHR but in much of Vermont, programmers can’t fragment the audience into traditional categories so they program for a wide audience. It’s possible that this was (and probably still is) one of the last real ‘mass appeal’ stations left, east of the Mississippi.

Here’s the part that those responsible for a radio station’s sound hate. Where I start chewing apart the technical qualities of the station’s signal. Overall, the station sounds FLAT in this recording. Some of that could be nearly 17 year old cassette tape, although I doubt it since the play heads at airchexx are aligned perfectly. Some can be attributed to slightly less than a perfect signal reaching the source receiver. Much of it, however, I blame on incorrect processing. Especially the microphone. Ken sounds like he’s speaking into a brown paper bag. That’s not Ken’s fault. Its the fault of either dead or malfunctioning (or incorrectly adjusted) mic processing prior to signal processing. Or, God forbid, no processing.

The format sounds good and no doubt appeals to the hoards of skiers invading Killington from all over the place. Listen for four newscasts with Larry Cohen (sp?), the first one starts at the 4:30 mark into the recording. There are in-depth, custom ski reports and weather reports branded by the Weather Channel(tm). I’m sure, what every programmer thinks is perfect for Vermont’s snow lovers!

I’m being somewhat snarky. Reality is, the music mix really is dang near perfect and the format is well executed. Without access to ratings data, I’m sure Z-97 performed well. 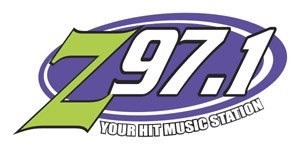 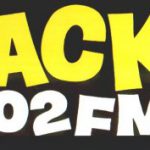 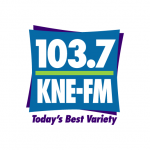