Contributor Ron Hummel sent in a wonderful documentary narrated by the great Bobby Ocean which chronicles the Big 610 from its humble beginnings out of the sleepy Don Lee era through the final days as a Top 40 station. While the original disc was inclusive 1966 to 1991, KFRC 610 was only Top 40 until 1986, when it flipped to Standards as “Magic 61”

ADDENDUMS and CORRECTIONS: Ron Hummel and I have talked via email since this posted. Ron explains a few things about this production:

“I was commissioned by ex-KFRC PD Gerry Cagle to do that project, so as producer, my idea was to contact all of the ex-program directors and have them do a little reminiscing on tape, then weave the entire project around their timelines….” “.it was all produced via reel-to-reel, in stereo, on a single 8-track. Quite a feat considering the complex mixture of audio, would have been a breeze doing it digitally today! I’m happy to have put it all together and happy to help the legacy of KFRC live on. Those heady days will never be repeated, and I’m proud to have played a part.”

Of course, KFRC has lived on in different spots on the FM dial over the years, the original at 610 is the station everyone who knows about radio remembers. We’ve heard from some of the original jocks here at Airchexx, including John MacFlannigan (who we’ll present in a special feature sometime in the not to distant future).

So, the corrected info straight from the source, is that Production wizard Ron Hummel essentially did this entire production. It’s totally amazing, and really DOES do the legendary 610 KFRC justice. So with that, we proudly present the Legacy of 610 KFRC! 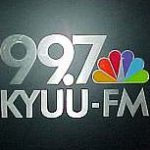