Courtesy of Contributor Frank Davis, here’s a rare recording of a weekend NBC “Monitor” show. This is a bit choppy, as the recording was stopped and re-started in many places throughout the original hour and a half tape. The tape is a bit worn, with dropouts (primarily on the left side) and white noise. Also, this was apparently recorded by a microphone placed in front of a radio speaker instead of a line-in jack getting the audio directly.

This is an historic aircheck for many reasons. First, note the very relaxed, middle of the road music. You won’t hear the complete songs, obviously, since this is scoped for legal reasons, however you hear the announcer give song titles. The advertisements are frequent and will bring back quite a few memories to those who remember radio in 1967.

This is anything but Top 40, so don’t get your hopes up thinking you’ll hear anything that might compare with WABC. WNBC was still saddled with a lot of NBC Network programming in these days. Some in our audience can fill us in on WNBC programming from 1967 better than us, and we invite you to do so below. 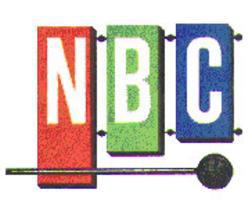