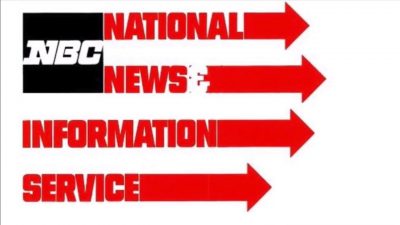 There was a time when radio news was a big deal. In 1974, NBC Radio was trailing the other big networks, ABC, CBS and Mutual.  NBC’s O&O (Owned and Operated) FM stations were not doing well. The radio division needed a big new idea. At that time FM listener penetration in many markets was beginning to top AM stations. NPR was just getting started; their only national news program at the time was a 90-minute version of All Things Considered. A 24/7 national news service was a NEW idea.  This was before CNN. NBC’s brilliant idea was NIS – National News & Information Service. The model for the news service, was local all-news AM stations such as 1010 WINS, KYW and KFWB. NIS launched on June 18, 1975, and it had less than 50 affiliates. Even some of NBC’s O&O FMs refused to carry it. NBC had planned for FM stations to run the service, but instead, many failed AM Top 40 giants were signing up. Some of the major markets carrying the news service were, 97 WNWS New York,  KRUX Phoenix, KNAI-FM San Francisco, WNIS-FM Chicago, WBAL-FM Baltimore, KLYX Houston, WRC Washington, & WRR 1310 Dallas, the station featured on this aircheck. NIS was not doing well. Ratings were low, and after losing over 20 million dollars on the project, NBC decided to pull the plug. The service came to an end May 29, 1977, with only 32 stations carrying NIS. I’ve often wondered if the service might have performed better if it had launched 10 or 15 years later, when network programming was becoming more common. Maybe it was an idea ahead of it’s time… maybe. -Ellis