On Fixing the AM Problem: What can be done? 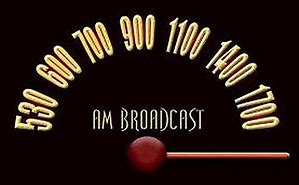 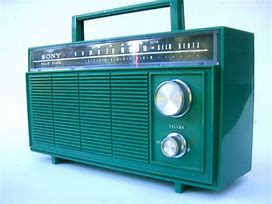 When was the last time you asked a non radio friend about something they heard on an AM station? Chances are, if you did, you received a response such as, “I don’t listen to AM”.

Such seems to be the average answer. Corporate owners know this and think the solution is to clutter the once open FM frequencies with translators rebroadcasting the myriad of talk formats populating the once community oriented and one time profitable AM stations which remain. Let’s be honest. Most of these talk programs are politically oriented, often contributing to a distasteful blend of societal angst, helping to polarize opinions one political way or another, but more importantly, helping to push listeners further away from AM as a whole.

Why is this? Is talk radio actually helping or hurting AM, and what could be done to revitalize an aging radio band that goes back to the very beginnings of radio communications as we know it?

I’ve heard, perhaps, every potential solution, bantered back and forth on various social media discussion groups, consultant opinions and even former AM jocks themselves who wax nostalgic. Most have quite valid ideas; some are quite pessimistic, suggesting AM is a lost cause.

Stations themselves are trying various programming ideas, albeit most of those being half hearted weekend endeavors, and few doing much to increase revenue or listeners. In fact, as I write this, I’m listening to 1360 WDRC Hartford, which airs a special Sunday program of music from the 1950s, 60s and 70s, branded “The Big D is Back!”

Unfortunately, I think the ultimate solution to AMs woes are too complex for one particular solution to work on its own. AM stations as a whole need a multi-pronged approach to reinvigorate the band, and I’m going to describe what I think needs to happen on a national scale to remake the AM dial as both a viable and profitable piece of American broadcasting property.

First off before I begin, let’s shelve the idea that AM is dead and the band is completely useless. It is not, as evidenced by the high profile standalone 24/7 news operations around the country. Since I live in the northeast, I’ll highlight the three largest stations which run All News formats: 1010 WINS and Newsradio 880 WCBS, both in New York City, and WBZ 1030 Boston, which airs 14 hours of news during the day and 100% LOCAL talk all night. These stations invest a very significant amount of capital in operating their news formats and the payoff is a positive flow of advertising dollars. Now, add in All Sports WFAN, and the revenue pie expands dramatically. Keep in mind, the stations continued high visibility and instantly recognizable branding (much of which comes from having maintained their current formats for many decades) plays a major factor in each ones success. 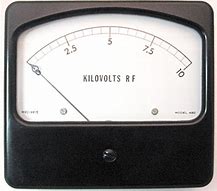 The main idea, that AM radio listening is severely degraded due to its inherent noise and low fidelity is certainly valid, and probably the biggest complaint I hear when asking non radio people about AM radio. Point taken. There’s no countering that argument. Not today, when a significant number of media consumers get their content online, or do have a favorite FM station. Ideas have been tried… everything from AM Stereo in the mid-1980s to AM HD a decade ago. Some of the reasons are technical in nature, but the bottom line in both cases cited above is the complete lack of interest by the FCC in demanding that a de-facto receiver standard be REQUIRED of receiver manufacturers. The commission, instead, taking a ‘let the market decide’ approach.

This is patently wrong. Radios governing body had no problem mandating standards for transmitting stations, yet has completely dropped the ball on the receiver side. The question is, why?

I believe the answer has to do with lobbying from the National Association of Broadcasters and the giant corporate broadcasters, who for all their debt laden operating practices, are highly proprietary in protecting their cash cow FM stations. Now, sure. All of the major broadcasters own both FM AND AM stations. But outside of the 50kw ND signals, the rest are mostly losing money and even the upkeep of these stations is a drag on cash flow. I think it’s many corporate contentions that they’d rather maintain status quo and feed transmitters syndicated programming with limited listenership and some cash flow than have to produce expensive local programming 24/7. Transmitter and tower upkeep, never mind the electric bills are far greater with these AM stations. The solution in their minds is to simply put their am signals on FM translators, and once the audience moves to FM, kill the AM station entirely. In fact that very thing is occurring with increasing frequency.

I haven’t even begun with my solutions yet. Bear with me.

If listeners to, say, WLS, back in 1975 were to tune in and hear a syndicated political talk show airing divisive right wing talk programming instead of John Records Landecker, the tune-out factor would be so high that the station would probably lose half the audience in 24 hours. Perhaps three quarters. You know the reason. So, why is it, corporate managers think that listeners want to hear that 24/7 today? It would be one thing if, like it was in the early 1990s, there was a wide variety of programming but only ONE major talk show in Rush Limbaugh. That was different and AM still had the advantage of being where most adults listened in their youth. There were still music formats. Talk programming was in its infancy and much of it was locally produced. Today? A half dozen large National talk shows all right wing politically based taking up most of the viable signals in a market. Which today limits the available audience to 55+! What are they thinking?! 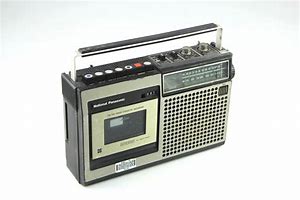 If you were to listen to WABC in the 1960s and 1970s, you likely listened on a small transistor radio. Those old radios were sensitive! And they were also wideband receivers, and captured the nuances of the music being played. Yes, if you sat under a neon sign you’d hear that steady electrical noise but just move away and it sounded good. Same thing for those old Delco car radios. They really picked up the signals and with that one giant speaker in the center of the dash they sounded wonderful!

Why do the AM radios suck today?

Some of it has to do with an FCC decision many years ago, which reduced the allowable AM bandwidth from 13khz to 9. What that did was reduce the amount of audio signal which could be transmitted and decided by your typical radio. So what comes out the little speaker or headphones sounds like mud.

AM receiver manufacturers share much of the blame for AM basically sounding like crap. For decades they have put inferior components into the AM receiver side and instead, elected to jam these radios with a pretty good FM side, but no HD, no AM stereo (believe it or not some AM stations still broadcast in C-Quam) but instead, fancy led lights, 50 watts of speaker power and usb jacks and iPhone ports. That’s NOT helping radio at all and in fact it’s helping to do more damage than increase listenership.

37 thoughts on “On Fixing the AM Problem: What can be done?”