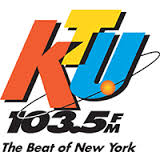 
One recording we didn’t post when Matt over at Big Apple Airchecks sent us a bunch in ’07 was this aircheck of AOR station WAPP. Now, WAPP, for a time, was a great rock station after having changed formats from WTFM Beautiful Music sometime in 1982. By 1983 it was time for a change, and while this is essentially still a hard rock station in January of that year, it would flip to CHR a few months later. Darryl Hall & John Oates sounds conspicuously out of place sandwiched in between Jethro Tull and Journey, but it’s certainly a sign of things to come – Best example of this kind of change might have been 94.5 WCOZ Boston, which after ditching the “Kick Ass Rock n Roll” hard Rock format from John Sebastian, found itself lost in a world of some hard rock, New Wave and even soft rock. 1983 was a year of change in the AOR format, which essentially split into two new formats at the time: early Alternative/Punk and Classic Rock. There are very few Album Oriented Rock stations anywhere these days, and 1983 is the year it essentially came to an end.

The jock is listed as ‘unknown’, but to your webmaster’s ears, this sounds like Pat. St. John. It’s probably not, but one can’t help but wonder since his voice is so unique. Somebody out there knows. Meanwhile, enjoy a few dead segues and two jock breaks in a Two minute, six second recording of “The Apple” – 103.5 WAPP!