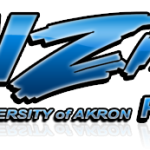 This comes to us via one of many assorted airchecks on a tape provided by Robyn Watts.

Recorded on 3/1/91, this starts with ABC network News, (while he doesn’t say, sounds like anchor Doug Limerick) and goes directly into a sweeper about “Akron’s New Jack Station”. The show name is “The Soulful Journey, the jock is called ‘Nice T’.

Yes, 88.1 is in the ‘non-comm’ part of the FM band, and WZIP runs a quick promo saying they play no commericals.

We can’t tell from the tape if this is a full-time format, or block programming – although we’d guess the latter to be true, as WZIP is the University of Akron station. Still, it’s serving a unique, and probably underserved back in 1991 audience, and this is nice to hear, a live jock having fun with the format, dead air and all.