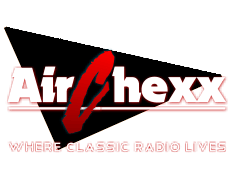 A crystal clear recording is what we’re treated to on the old Soft Rock station at 99.5 FM. One would think that since 1997 was just yesterday (wasn’t it?) that one of the old WGAY logos would be out there somewhere, but multiple searches in different engines come up with the current CHR station, “Hot 99.5” WIHT.

WGAY would stick with it’s Soft Rock format until 1999, when it became WJMO.