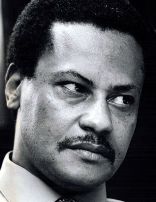 Scotty Andrews was a longtime morning talent in Atlanta. His radio career began in 1966, as an on-air announcer at WHIH in Norfolk, VA where he also served as Program Director. While there, he emerged as a formidable radio talent, and was voted “Announcer of the Year” in Virginia in 1969. Returning to his native Georgia in 1970, he joined WIGO as an announcer and production director. It only took a year for him to be promoted to program director. He then moved to WVEE-FM as morning man, and eventually Program Director.  Under Andrews’s leadership, V-103 achieved market dominance in Atlanta, a position it held for many years.

Scotty passed away in 1986. He was inducted into The Georgia Radio Hall Of Fame in 2014. -Ellis