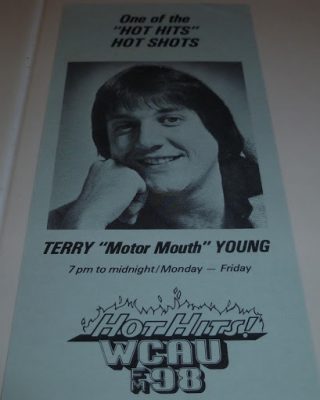 Back in 1982, Hot Hits 98, WCAU-FM in Philadelphia, was the number 1 music station. Terry Young, “The Motormouth,” owned  teens around Philly. One night, he played the song “Valley Girl” by Frank Zappa, & his daughter, Moon Unit Zappa. He played the noventy song  over and over for at least an hour or so. Over the next few days, Terry was not on the air, leaving teens of the Delaware Valley to wonder what happened to him. Many thought he was fired. Terry did return, and he was more popular than ever after that. -Ellis