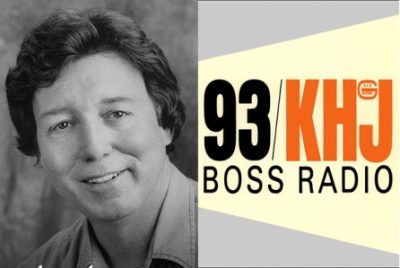 “Hey, did you know this is national procrastination day? (caller:) I’ll call you back

The Russ Horton collection is now filling up with gems acquired from north of the border!  Here’s the late Charlie Tuna featured on what was “Oldies 93”, a format/station sandwiched between the old KNX-FM and KCBS-FM.  As you listen, notice the format… the music is ALL 1950s and early 1960s!  Oldies the way it was originally formatted!

Tuna here is part of the morning show called, “The Breakfast Bunch”.  Tuna is great, quick witted and loves talking with listeners.

We also get to hear a full newscast and some full commercial stop sets.  This IS 1991, after all.  Right after the Gulf War ended, and just days after the Rodney King beating.


Here’s something new. I’d like to begin posting unscoped airchecks, but I don’t have the funds to do so. So, here’s the deal. You can donate to the cause so I can pay RIAA and the various licensing agencies (which I’ll have to figure out), and when there’s enough cash to do it, I’ll pay royalties and begin posting unscoped airchecks. I’ll post financial updates on our official Facebook page each week. In the meantime, hopefully this donate link will work properly. It costs $20/month to support this effort, and it takes listeners like you to make this happen.