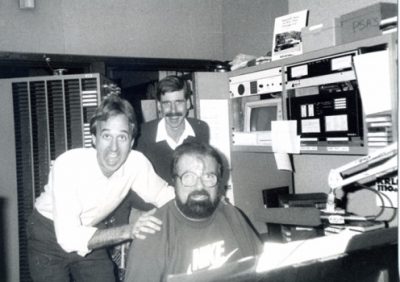 …Humble Harve bringing you the hits first and fast…

Captured on the final day of the “Rolls Royce” contest, Harvey Miller was recorded here between 8:00 and 9:45 pm. This was two separate tapes of the same show. Judging by the time at the end of the first reel and the start of the second (the splice being where the airchexx.com watermark is at 11:52), there is about a 15-minute gap between recordings.

PLEASE CONSIDER A DONATION TO HELP WITH OUR ARCHIVE COSTS

This station had an interesting history. Here’s the short version. KBLA first came on the air in 1952, but at 1490 and it was only a 250-watt station. The owners applied and finally were authorized to change frequencies to 1500. Originally, they wanted power of 10 KW but because of a formal complaint by the owner of KSTP in St. Paul on the same 1500 frequency, when KBLA moved, it ended up with 10,000 watts days and just 1,000 watts at night. So, KBLA really couldn’t compete with other stations that played hit music in L.A., such as KHJ and KRLA. The station changed format to Country in June of 1967 as KBBQ, and then to Rock, as KROQ in June of 1972.

At this point in time, KBLA actually sounded good. But it’s signal at night really stunk, as noted above. Humble Harve did his best. Take notice of a few programming items. First, the format. Short, acapella jingles. Just a few of them. And, every half hour or so, there’s a produced piece of imaging that is very similar to the liners done at KHJ by Bill Drake. Also every half hour, there’s KBLA “For Your Information” News. The news anchor is Burt Scott. The big story this particular night is “Major Fighting in Vietnam”. I was struck by how the stories were written and delivered. Unlike today’s reporting, this report uses terms such as, ‘enemy positions’ and ‘the communists’ and such. You just have to listen to get a feel for what I’m describing.