Blog: What to do about AM Radio. Analog or DRM? 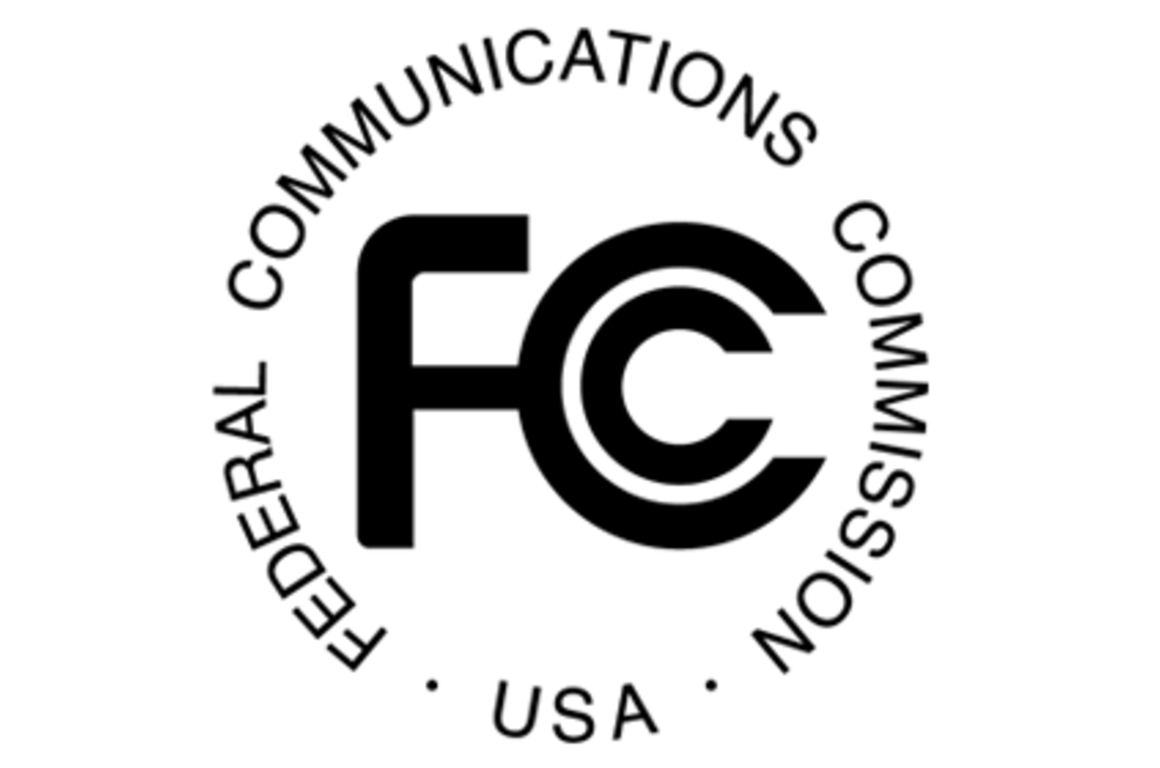 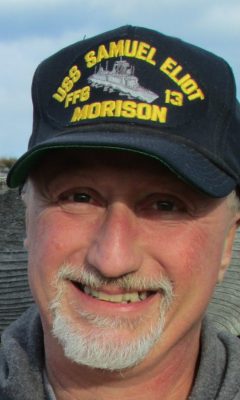 The FCC is in the rulemaking phase of allowing AM stations to voluntarily convert to All-Digital transmission using the NRSC-5-D standard transmission mode.  It is also FCC Emission MA3, which is All-Digital AM. The “HD Radio” system used in the United States was developed and originally trademarked by iBiquity Corporation. Since iBiquity’s “In-Band-On-Channel (IBOC) was authorized for use by the FCC in 2002, more than 3500 stations (as of 2018) are transmitting in HD. The technology was purchased by Xperi Corporation in 2016.

A bit of technical information
The current use of “HD Radio” is as it reads in the description. Used on both FM and AM stations, how the system works, in essence, is there are two digital signals generated by the station’s transmitter. Those two signals are aligned so that they exist 9 kHz either side of the main carrier. This is so that the center analog transmission can be heard normally by all existing analog receivers. The digital receivers available on the market today are able to decode the digital information on the two adjacent RF digital signals sent by the transmitter. Thus, the digital “HD” and analog signal are transmitted together on the exact same frequency assigned to a station. In-Band and On-Channel. Used in this manner, this is Emission MA1.

Beginning in early 2019, 820 WWFD Frederick, Maryland was granted an experimental license to operate WWFD Digital-Only using the MA3 emission. I contacted WWFD’s Chief Engineer, Dave Kolesar concerning the reception of the 820 AM signal because I wanted to know what the difference was between WWFD’s analog ‘footprint’ (the area where a station’s signal is received) and it’s HD reception area. Dave’s reply was eye-opening. In an email dated April 25, 2019, he replied as to the reception and technical details: 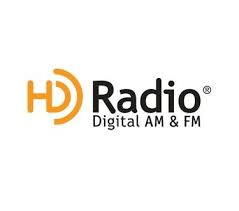 It is quite amazing to me that you are able to receive the station in Connecticut while on night pattern, as I believe that during the station’s analog days, I have only answered one nighttime skywave reception report in the 12+ years I have been its transmitter engineer. The fact that you can lock onto the digital signal at all when we are at 460 watts, with bleedover from WGY’s (810) hybrid HD signal stepping on us, is a demonstration of how well the system can work.

I share your concerns about AM radio in general, and as the caretaker of three AM’s in the DC market (1500, 1050, and 820), would love to see all-digital AM succeed.  In our listening area, 22% of cars on the road now are capable of hearing a digital AM signal.  As a program director of a music station on AM, I’d rather take my chances with that 22% than the 100% who could receive it in analog but would likely refuse to listen because of the noise and poor sound quality plaguing the band.  Whether it’s too late is an open question, but we have to try.  (We likely would not have been able to try all-digital before WWFD acquired an FM translator in 2017.)

On October 29, 2019, the Federal Communications (FCC) released a Notice of Proposed Rulemaking – MB Docket Nos. 19-311 and 13-249 entitled “All-Digital AM Broadcasting; Revitalization of the AM Radio Service” This is not an order, nor does it require any AM stations to change the way they currently broadcast. Rather, it seeks input from the public on the impact this proposed rule would affect the listening public. Not surprisingly, there have been more than a few negative comments sent in by concerned listeners, many of them operating restored antique AM receivers. Their concern is that if stations were to convert to digital, their AM radios would become obsolete, requiring at the least, Digital-to-Analog converter boxes similar to those used during the conversion phase of broadcast Television in the early part of the 2000s.

What follows is a description of the MA3 mode of transmission on AM radio, according to this article on Wikipedia:

The AM version of HD Radio technology uses the 20 kHz channel (±10 kHz), and overlaps 5 kHz into the opposite sideband of the adjacent channel on both sides. When operating in pure digital mode, the AM HD Radio signal fits inside a standard 20 kHz channel (20–40 kbit/s) or an extended 30 kHz channel (40–60 kbit/s), at the discretion of the station manager. As AM radio stations are spaced at 9 kHz (Europe) or 10 kHz (Americas) intervals, much of the digital information overlaps adjacent channels when in hybrid mode. Some nighttime listeners have expressed concern this design harms reception of adjacent channels[15][16] with one formal complaint filed regarding the matter: WYSL owner Bob Savage against WBZ in Boston.

The digital radio signal received on a conventional AM receiver tuned to an adjacent channel sounds like a large waterfall or similar white noise-like hiss.

Discussion of how to ‘save’ the AM broadcast band is ongoing on social media outlets, such as, “The Broadcasting Club” and “I Love AM Radio” on Facebook.   At the same time, industry leaders are actively discussing how to maintain AM’s future viability.   In recent years, the Commission’s approach toward improving AM stations’ visibility has been mainly to approve a large number of requests for FM translators, thus, putting AM on FM.  One of the main concerns about this solution is the diminishing availability of open frequencies and interference with both adjacent established, full-power stations and the formerly extended coverage of out-of-market stations.   Other proposed ‘solutions’ involve reducing AM stations’ nighttime skywave interference by using improved antenna design theory (increasing the angle at which an RF signal leaves the transmitting antenna so that the RF bounced off the ionosphere is greatly reduced), nighttime power restrictions and frequency changes.

Not all of these ‘solutions’ are viable in any given market.  Improved antenna design helps, but does not eliminate interference entirely.   Directional antenna arrays are often difficult to maintain, and it’s sort of a lost art.  The number of engineers trained to design and operate directional AM antenna arrays is dropping, as an increasing number of engineers concentrate on FM, Digital and Information Technology (IT).

With this backdrop, the FCC has decided that the time is right to investigate whether or not to allow existing AM stations to convert to All-Digital, MA3 mode broadcasting on a Full-Time basis with a regular license (as opposed to an Experimental license, as WWFD uses).  Already, responses from the engineering community, station owners and the listening public are coming in.  Many of those responses are addressed in an article entitled, “It Will Make Millions of Receivers Obsolete … This Is Needless” – Radio World, January 23, 2020.   A number of responses from the community have indicated concerns about their analog receivers not working without the purchase of special ‘AM Converter’ units, even before a viable plan has been announced as to how HD voluntary transmission might play out.

Some, if not all of the concerns I’ve read so far are completely valid.  What happens to AM stations that don’t have an FM translator if they decide to convert to HD?  Will there be HD receivers for sale in stores, such as Walmart, etc., to enable listeners to hear HD broadcasts?  What about those stations that DON’T decide to convert?   Do those stations succumb to increased interference issues or be left behind and become irrelevant?

I have been floating ideas around for the past month.  I’d like to share a few with you:

Now, one, all or perhaps none of the above suggestions might have a positive effect on the AM band, or help individual AM station broadcasters.  I don’t have all the answers.  But, the FCC is actively seeking comment and input.   Per the above mentioned rulemaking proposal, you can access the technical standards which the Commission is proposing to offer broadcasters by going here:

I invite our readers to comment on this blog post and add your own suggestions.  Ideas should be forward-thinking and positive in nature.