“The new WHTZ! So new it’s still under construction as I speak!” 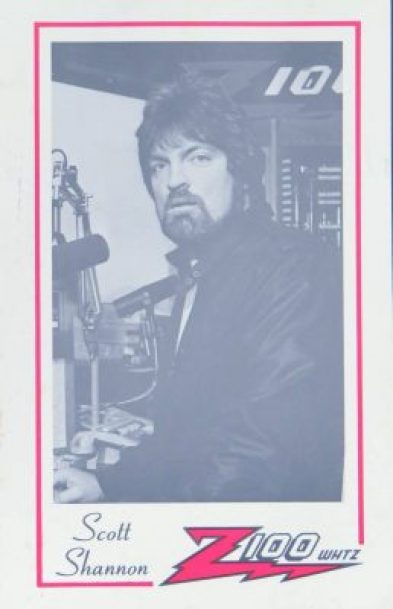 ugust 2 1983 is a day that will go down in New York radio History! When 1983 started, there were no Contemporary Hit Music stations on FM in New York. By Summer 1983, both WPLJ & WAPP were moving away from Rock, and moving towards Top 40. During that summer, Malrite Communications bought Easy Listening/Jazz WVNJ 100.3 in Newark, with the plan of improving the facility, moving the transmitter to the Empire State Building, and competing with the big boys. Scott Shannon was brought in from Q105 WRBQ-FM in Tampa as Program Director, and at 6:08 AM on August 2, he launched a legend!

A couple of things to listen for in this air check. Towards the end, you will hear J.R.Nelson. Scott Shannon referred to him as his original morning show sidekick, his newsman, his production director, & his comedy producer. Also notice, on the first day Shannon never refers to the station as Z100. He only says WHTZ. There is a promo that may say Z100, but I’m not sure. It might say Hits100. You tell me what you think it says.