After searching for ten years for another aircheck of the jock who inspired your webmaster to get into radio at the age of 16, here’s Al Bandiero on the legendary WKBW Buffalo!

Here’s KB Radio 15 the way many of us remember it – the night show via skip during a bitterly cold winter, and the KB forecast is for more snow squalls! I think most would agree, this station was HOT in ’79! All the hits and an incredible night show full of listener requests, and the KB Top 15 Countdown, which happened every Tuesday night at 7pm.

Bandiero mentions that he had just given away a ‘multi-thousand dollar jukebox’. Indeed, the big contest on WKBW throughout January and February was a jukebox loaded with 45s and albums from, I believe, AM&A’s music store in Buffalo (I could be mistaken but I remember most of the contest details). The caller he’s talking with apparently lived right down the street from the person who won the jukebox!

This will certainly conjure up plenty of memories for those who remember the frigid Winter nights spent in the shadow of the Great Lakes and it’s giant snow machine. And most of us, even downstream in New England, were listening to KB Radio every night, as the station came in like a local. Radio has never been the same since those days! 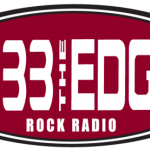 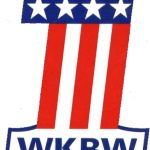