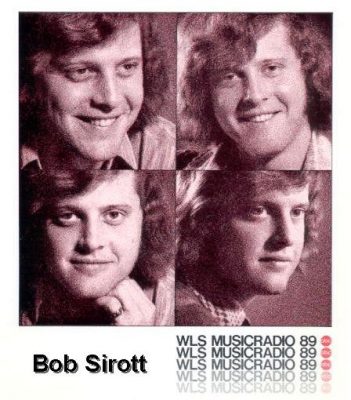 You may remember Bob Sirott, from his days on 89 WLS Chicago, back in the 1970s. You can hear Bob on this WLS Composite from the 1970s. He was actually on WLS from 1973, through 1979, when he left radio for television. Bob took a job at WBBM-TV in 1980. After five years at Channel 2, Sirott when national, when he joined the CBS news magazine, West 57th. By the late 1980s, Sirott returned to Chicago TV, when he anchored the noon news at WMAQ-TV Channel 5, and after a year, was moved to mornings to host WMAQ’s “First Thing in the Morning.” By 1993, Sirott had moved over to WFLD Fox 32, and over the next 20 years he hosted several several different shows, including, “Fox Thing in the Morning” & several different newscasts, as well as helping to develop new programming for Fox stations and the company’s syndication division. Bob came back to radio, & WGN in 2007 to take over the midday show, and on January 6, 2020, Bob replaced long time morning host Steve Cochran, and took over the WGN Morning Show. This aircheck features Sirott’s first morning on WGN.