It was ugly… It was mean… It was cringeworthy… And it all happened live on the radio. 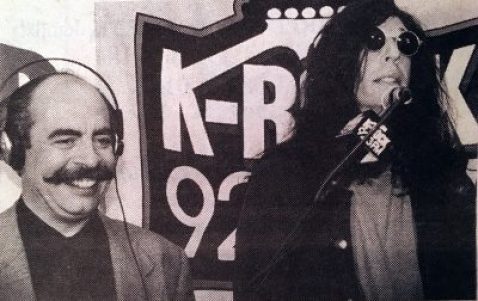 If you were in New York or Philadelphia in 1986, you would have had to live in a cave to miss the bloody battle that had ensued on the radio when WXRK New York’s Howard Stern’s morning show started broadcasting into Philadelphia on 94 WYSP. All barrels of the New York show were trained on WMMR & John DeBella’s “Morning Zoo.”

The Zoo was the top-rated show in Philly, and had been for several years, when Stern made the declaration that not only would he topple the Zoo Keeper in the ratings, he would make DeBella lose his job, his wife, and Debella would never find serious work in radio again unless he humbled himself on Stern‘s show. It took three years, but listeners witnessed as each of Stern’s predictions came true. When Stern beat DeBella in the ratings, he came to Philadelphia and held a mock funeral for the Zoo Keeper. When DeBella and his wife split in 1992, not only did Stern hold a “DeBaldy Divorce Party” in the rain across the street from WMMR Studios, he added insult to injury by having his now ex-wife, Annette DeBella as a guest on his show as well as having her go on a date with No. 1 Howard Stern fan and notorious prank caller, Capt. Jenks, for a video sketch. The feud got relatively quiet after Annette apparently committed suicide and DeBella resigned from his afternoon slot on WMMR.

Twelve years after this aircheck that Stern apologized to DeBella for his behavior. Stern’s Sirius satellite radio program produced an installment of its “History of Howard Stern” series of specials, and DeBella was invited to offer his recollections. “After that was over and done with, I come home one day and there’s this message on my phone, and it’s Howard,” John DeBella recalled. “And he says, ‘You know what, I can’t thank you enough for being part of this. I could have never done this. You are a bigger man than I could ever be and, looking back, I’m ashamed of what I’ve done. You are one of the strongest human beings I have ever encountered.'”

As a listener at the time, I can tell you it was sometime painful to listen to this battle. I was glad to see that Howard admitted he went a bit far in this feud, that became way too personal, for the sake of entertainment.