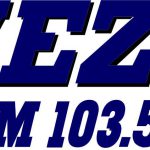 Here’s the ‘old’ 80s version of Hot Country “Weazel 103.5” WEZL. The Weazel was a name used up until about 1991 or so, when Charlie Bird Lindsay, Larry Farina and a few others left WEZL and became part of a group that purchased the old Q-107. They were able to do that because Q-107 was never able to recover financially from the damage sustained in Hurricane Hugo two years earlier. That station became Country “Bubba 107.5 WBUB”, and while the name is different, is still Country to this day.

I’m particularly intriqued by how ‘local’, or, ‘regional’ the station sounds. Yes, its a BIG Country station, with huge ratings at the time, but note the deep Carolina southern drawl. Radio stations in the south weren’t afraid to talk as the locals talked, especially on the Country stations, although it seems as if the Pop and Rock stations in this market had jocks who tried for that supposedly neutral ‘midwestern’ accent. All the jocks on WEZL had the drawl.

There is a lot of music on this morning show. Lindsay runs a contest, airs the listener’s call.. very nice. There’s a couple of traffic reports you’ll like if you used to live there and moved… since you’ll hear many Charleston area landmarks and bridges.

This is just one for our audio time capsule.
Courtesy of Contributor Robyn Watts and California Aircheck.