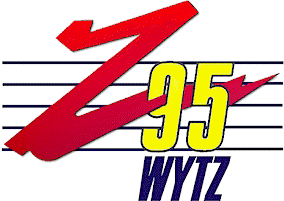 Part 2 of Robyn Watts‘ enormous contribution features the three hit music stations that Chicago sported as the 90s began. This is ALL CHR, and only ONE of these stations is still around in the same form it was back in 1990.

The way this was put together, we get a couple of minutes with each station, then a ‘divider’ element, and on to the next. It goes round and round with each station sampled several times during this more than 30 minute scope.

Q101 features ‘Your Man Calahan”. WKQX is more AC sounding and most likely is a HotAC station in reality than CHR, but the tape came in labelled “CHR Wars” so we’ll go with it.

Brant Miller is Z95’s featured jock on the front of this composite and he sounds SO much like anything did on the old WLS – AM OR FM! In fact, it seems as if much of the WLS-FM staff carried over to WYTZ, as Susan Platt is heard during a later segment after Brant Miller.

Listen for a ton of Eddy and Jobo promos during the B96 segments. B96 seems to be a bit more rhythmic than the other two stations featured here. Our advice is to just listen for yourself and decide if Z95 (“Chicago’s Hit Music Station” the positioner during this time period) is hotter than B96, and if Q101 is leaning more CHR or AC. It will be a FUN listen, either way!

This tape was produced by “Hecht Enterprises”, an aircheck service which was apparently active through the 1990s. Listen to other airchecks from Robyn Watts using this link.