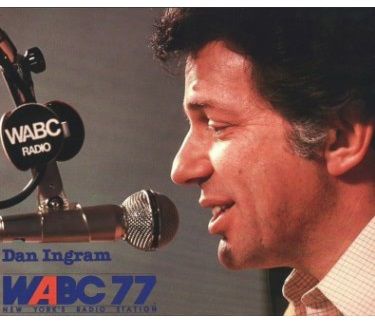 From new Contributor John Harrison, heres one that illustrates how Dan Ingram sounded just before going to New York City and WABC. A couple of points about this aircheck. First, note the length of these jingles. Most of them run almost one minute! Perhaps its because in 1961, while the music was important, it was secondary to the radio station identity within its community and the announcers were equally as important as part of that identity. Becoming a non-stop jukebox was quite a few years away.

WIL had something they called an on-demand reverb button. The idea was that when the announcer wanted to really emphasize something, he’d hit that button and roaring reverb, as if someone was shouting in a long tunnel, would be heard for the next word. Dan Ingram made good use of that button!

Listen to the Budweiser commercial! Talk about a wow moment. Oh, and WIL has a contest running where the winner can win TEN DOLLARS!

A note about sound quality. Overall, this is really good. I believe that this was a restored aircheck at some point because all the music was included in the master we obtained. The music was very high quality as opposed to the rest of the aircheck. Unfortunately, it had to be removed from this aircheck to comply with copyright law. We’ve talked about that on our Facebook page. Its a frustration for most, but one we cannot help.

WAIT!
Do you think you could spare a moment? Airchexx.com survives, literally, on the donations from people just like you. The ads you see take about 3 months to build up enough revenue just to get a small check. If you enjoy these archives, which so many out there do indeed rely upon, could you spare a little bit of cash? All of it goes to the hosting fees and miscellaneous costs of running this website. Thank you in advance.