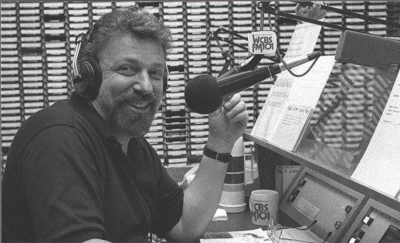 I’m warning right up front, that this aircheck is a little hard to listen to. It’s Dan Ingram’s final radio show. WCBS-FM had returned to it’s “modified Oldies” format 3 months earlier, after the Jack FM debacle. Dan was invited back to host a weekend show. You can hear Dan’s wit is still intact, and he even used current pop culture references, but his delivery is slower. With Dan, so much of his talent was in his timing, and his timing seems a bit off. His energy also seems a bit low. I think his engineer was not used to working with him. Even the new Dan Ingram jock shout doesn’t quite feel right. I don’t know why I expect a 72 year old Dan to sound just like 32 year old Dan sounded in 1967. I also don’t know if Dan’s health issues were starting to come into play here. Dan did have a great honor in 2007, and I think it was the reason he was invited back to CBS-FM. He was inducted into the National Radio Hall of Fame in 2007.