For a while in the 1980s, Boston had a three-way Contemporary Hit Radio battle, between WXKS Kiss 108, Hit Radio 103 WHTT, and the station heard on this aircheck, 94.5 WZOU. One of the legendary jocks who worked behind the WZOU microphones, was Harry “Bud” Nelson. 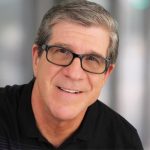 The trio sound so good on this composite, it's a shame if visitors don't take a half hour out of ...