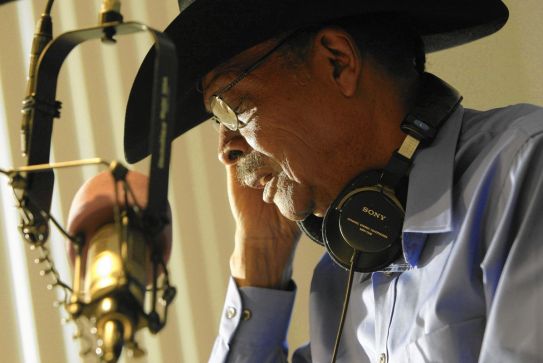 Herb Kent, “The Cool Gent,” spent decades on air, most of that time in Chicago. His radio career started in 1940s, and went right to the day he died in 2016. In the 1940s, Kent received his first paid radio job at WGRY in Gary, for $35 dollars a week. He went on to work at legendary Chicago radio stations, WGES, WVON, WJJD, WGCI and V103 WVAZ. In the 1960’s, during the height of the civil rights movement, Kent hosted a program with Stevie Wonder, for Dr. Martin Luther King Jr.’s last visit to Chicago. Ironically, it was also Kent who after the assassination of Dr. King, took to the airwaves to calm rioters on Chicago’s West Side. The City of Chicago has bestowed numerous honors upon Kent, including a street named in his honor, “Herb Kent Drive.” With his radio career spanning over 70 years, Kent is one of the longest serving radio personalities in radio history, passing away in October 2016, just hours after he did his final radio show on  Chicago’s V103, at age 88.

This aircheck features Herbie Baby on WVON Chicago, from 1965. -Ellis