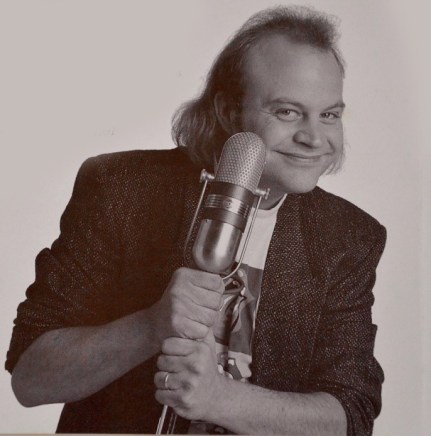 Mike Slavko, was best known to Bay Area rock radio fans as the hyped-up, nutty DJ “M. Dung.” Soon after KFOG went from “beautiful music” to rock in 1982, Mike, who was doing production work at KFOG, was chosen to host the “Sunday Night Idiot Show.” He called himself “Dung Boy,” spun oldies and raved like a Wolfman Jack wanna be, sputtering inane phrases like “O-DEA?,” “YOW!” “Buh-DAY” and “Ay-WAY!” Mike loved Oldies, and loved this show. He became so popular, that a year after starting the Oldies show, on KFOG, Mike joined the morning show, with a name change to “M.,” minus the dung. He became a huge SFO success. Mike stayed with the station until 1997. He revived his Idiot Show on the internet a few years later. Sadly, Mike delt with health problems in his final years, and passed away in 2017.