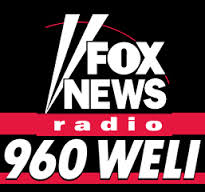 Contributor Steve Tefft sent one in featuring himself doing a newscast in 1988. Yes, apparently WELI did play music sometime in its past. Most AM stations did at one point or another. But few in modern times can recall WELI as a music station. You’ll hear parts of two songs on either end of this newscast, recorded during the WELI Morning Show. There’s no audio from the show portion, just the newscast. But you will hear the Top of Hour ID heard at the time this station was recorded.

Today, WELI is owned by iHeartMedia and airs a conservative NewsTalk format featuring Glenn Beck, Rush Limbaugh and others.