Does anyone suppose that there’s such a thing as a dead frequency? How about a ‘failed’ frequency? Okay, lets completely rephrase this.

Just how many times, do you suppose, does one radio station need to change format and call letters until the respective owners find one that manages to grab and keep and audience and ratings?

Since 1960, 96.1 in Pittsburgh has had EIGHT different call letters and even more formats. Perhaps the most successful of the 20th century was the Country format with the calls WXKX, “96 Kicks”. The station seems to have hit its stride since 2000, with a CHR format known as “Kiss 96.9”.

Enough history. Okay, we’re all about history… Confused yet?

This is very short, just over two minutes and includes a couple of breaks by Larry Richards, who, for some odd reason decided to play The Spinners – “Could It Be I’m Falling in Love” back to back. Mistake? Not sure, but this is from the tail end of the station’s onetime Top 40 format as WHTX. Leading us to believe the year to be sometime around 1990, since the station evolved into a sleepy Gold Based Adult Contemporary format before changing formats and call letters again in 1991. It’s a Super Gold Weekend, so it’s natural that WHTX here sounds like an Oldies station.

Here’s the actual progression of call letter changes over the years, going backwards:

Wouldn’t you know… you should. Kiss-FM is a Clear Channel Station, and most of its CHR stations are branded “Kiss-FM”. 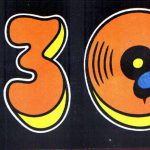 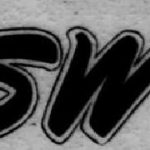 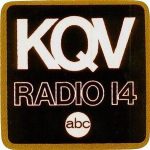 Fred Winston is best known as the midday personality on WLS (AM) Chicago at various time periods during the 1970s ...