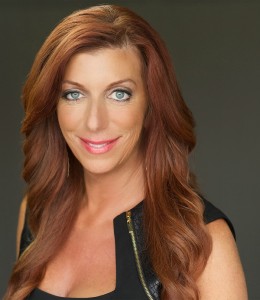 One of the best things about the evolution of this website is how many friends have connected through it, and how many friends have found some of their early or obscure work on it. Robin Marshall has been a friend of Contributor Matt Seinberg, owner of Big Apple Airchecks for a long time. While I’m not 100% about this, I think Robin gave this recording to Matt herself.

Well now, we don’t know if she means new to radio or new just to WAPP. She certainly sounded happy to be on! The mistake she refers to is a small bit of dead air in about the middle of this aircheck. Perhaps a cart machine mis-fired or something. We’ll probably never know, but hey… from experience, the overnight shift was the one place you could get away with mistakes and mis-fires and such, and usually not feel any repercussions the next day (okay, that wasn’t so true for Roby Younge at WABC but that was a different era, haha)

WAPP at this point in 1986 had a strange CHR/Rock hybrid format. The station had been full-on Top 40 from 1984, however here, you will notice a considerable shift in the music away from pop and toward the Rock genre. There’s even a “Rock Classic” cut from Jethro Tull that you’ll hear the beginning of. Certainly not Top 40 stuff. I read once where WAPP, before moving the format into Rhythmic CHR was just about to go back to its former AOR format before scrapping that idea. Perhaps this was that period of time where they were flirting with the Rock idea. At any rate, the station was branded “Hot 103”, which today, any station branded “Hot” generally implies rhythmic or full blown Urban, NOT Rock.

This was digitized by Big Apple Airchecks from cassette and sent over already telescoped. I tightened up the scope due to the ever more stringent copyright standards, especially in place at YouTube, where the video version of this aircheck posts. The audio quality was fair, but after a big of light restoration and very light processing, it sounds better than when it arrived.

There are Bookends and audio Watermarks for Big Apple Airchecks and Airchexx.com, as well as video logos. Aircheck runs exactly 7:00.

This aircheck is also available in video form and is posted at our official YouTube page.  Click the video below.