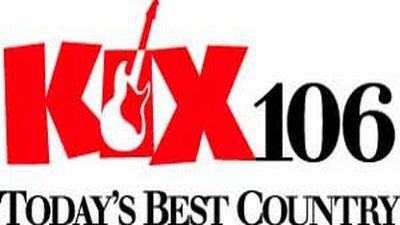 The artist known as Steve West was digitally captured from a tape, recorded in Millington, Tennessee directly off the air on this particular date. Now, frankly, it’s been quite a while since I listened to this (and I’m not sure what’s on it, if I sounded good or if a dose of embarassment will follow), so let the listener judge for his or herself just what this guy sounds like on the air. Being that this was 2004, and I’d been on the station doing weekends and fill ins for about 2 1/2 years at this point, it can’t be all that bad.

Kix 106 at this point in the digital era, was using a Windows version of Scott Studios radio automation. Equipped with a touch screen where the jock could fire off any and all elements that were programmed into ‘hotkeys’ and allowed to play over the main audio – well, yea. A jock could get into trouble. I played like a good guy and obeyed the rules LOL… Since I was dabbling into the world of Linux programming, I was interested in hacking the (ss32) source file and making it work on Linux – little did I know that there already was a linux version already in development. Silly Jock.

I also got to play along on the Kix 106 Morning show with Jay Young, Brian Elder and Capt. Pat Adams from October of 2005 through April of 2006, filling in as a replacement was being found to do the morning news.  As with most good morning shows, the news guy became the subject of comedic material… oh yes, it was all about having fun!

This aircheck is from my weekend show.