Courtesy of Robyn Watts, we’re completely unsure of the date on this one, although there are clues contained within this aircheck.

Allan Sands(see below for the correction) even has his own jingle. All of which contributes to a stellar recording highlighting the then number one radio station in Jacksonville. Top 40 radio at its very best here. 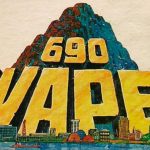